The Spinicelli Foundation continues to support The Scouts and Hospice centers in the Central Florida area giving encouragement to young boys and girls as well as respect and dignity to those that are living with a terminal illness.

WHAT IF CANCER WAS CURED FOREVER?

Eight-year-old Shelly White is admitted to St. Theresa’s Hospital for Children for cancer treatment. In the meantime, she strikes a friendship with her fellow roommate Kristin, who is also undergoing her own battle with cancer. Dr. Gregory Wall manages the patient care for both children working tirelessly to pursue the treatment options that are available. He knows all too well that his best efforts may never be enough to save them.

In a mystifying episode that later comes to be known as St. Theresa’s first official miracle, Shelly’s cancer seemingly disappears overnight to the utter amazement of Dr. Wall and the rest of the team at the hospital. Sadly, Kristen is not as fortunate. She eventually succumbs to her illness, even as Shelly makes her way out to leave the hospital as a fully cured and healthy little girl.

Fast forward to thirty years later and Dr. Shelly White now works alongside Dr. Wall at the same hospital with a mission to save as many children as possible from cancer. She also starts the Kristen Foundation in honor and fond memory of her roommate who did not have the same privilege of coming out of her illness alive.

At a fundraising event in aid of the foundation, Shelly meets advertising executive Nicholas Harris who, she soon realizes, is going to play a crucial role in changing her life and that of her patients though a cure for cancer. Nicholas and his father Salvatore have their own reasons for wanting to be part of the same journey.

At this point, far from ending on a predictable note, Catching a Miracle soon enfolds into an unexpectedly fast-paced thrilling story involving the race to find a cure for cancer, the fight against corporate greed, and the involvement of powerful political entities who will stop at nothing to prevent the cure from being found.

Catching A Miracle – One of the Most Inspiring Books to Read!

Read this book to find out:

While Catching a Miracle deals with the deeply profound theme of finding a cancer cure, it is far from a sombre book. It is one of those good inspirational books to read. Join us on an extraordinary journey to find a cure. Moments of poignancy merge seamlessly with moments of humor to create a journey that’s both a testament to the faith of the human spirit as well as an inspiration to those that continue to be part of the search for a cure. A suspense-filled, action-packed, never-a-dull moment book, part 1 of the 3-part-series, Catching a Miracle is a must-read by first time author Mark Spinicelli.

Mark J Spinicelli is the CEO of the American Audio Visual Corporation in Orlando, Florida which he founded in 1989. He has worked extensively in the entertainment industry for the last 35 years and holds a PhD. in common sense. 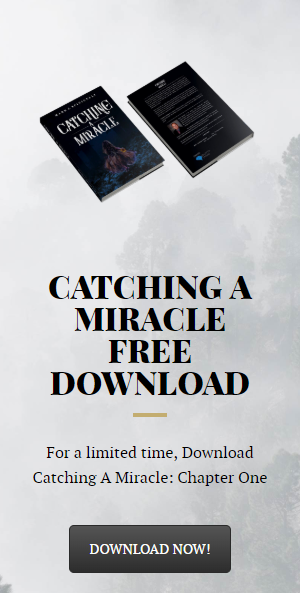 About Mark Spinicelli
Mark J Spinicelli is the CEO of the American Audio Visual Corporation in Orlando, Florida which he founded in 1989. He has worked extensively in the entertainment industry for the last 35 years and holds a Ph.D. in common sense.