Inspirational Books Everyone Should Read 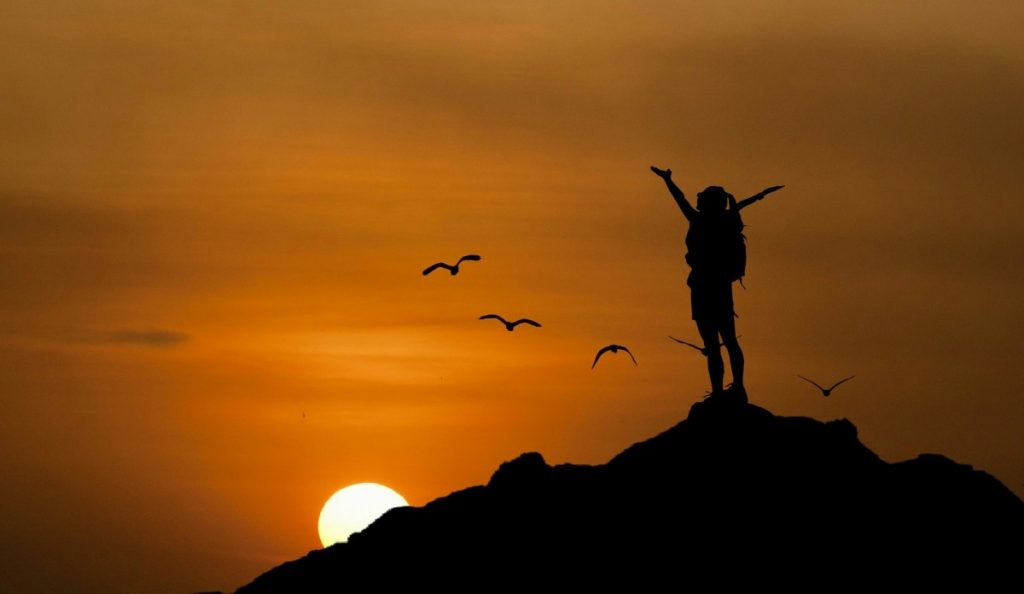 We all need some encouragement or uplifting from time to time. No matter what difficulty you’re facing or how dark things may be, the right book at the right time can change your trajectory and your life. Here’s a list of five books that have proven themselves to be incredibly inspirational to readers from all walks of life.

Spinicelli’s multi-faceted novel of finding a cure for cancer shows hope on different levels. When Shelly White was only 8 years old, she was diagnosed with cancer, but miraculously recovered and eventually dedicated her life to finding a cure. Motivated by those who didn’t survive the same disease, she discovers a man who may be able to unlock the secrets to a cure—only to realize that big pharmaceutical corporations would never let such a thing reach the public. Her story then becomes one of tremendous courage as she prepares for the fight of her life. Though fiction, Catching a Miracle is deeply human and incredibly comforting, especially to those whose lives have been impacted by cancer.

The book’s title reflects the first of ten ideas Kleon presents: that all creativity takes inspiration from something else. In advocating for utilizing your influences, Kleon sets the theme for the remainder of the book: embracing the world around you, rather than creating with a list of what not to do, to truly tap into your creativity. Steal Like an Artist is unique in its positive approach and practical exercises, all presented in a casual, conversational tone.

There are a lot of books out there that describe the practice of mindfulness or living in the present moment. It’s certainly an incredible, life-changing mindset, but as it’s often presented by authors mindfulness is a survival tactic, something to adapt when you find yourself at your lowest points. Ph.D. Rick Hanson frames mindfulness differently. Basing his arguments in pseudoscience as well as psychology, Hanson shows mindfulness practiced every day—not just when things are bad—is the greatest way to enrich your life.

Wild: From Lost to Found on the Pacific Crest Trail by Cheryl Strayed

An inspiring memoir by American author Cheryl Strayed, Wild: From Lost to Found on the Pacific Trail quickly became Oprah’s pick for the resurgence of her book club in 2012. The memoir tells a story of profound self-discovery surrounded by nature. From the Mojave Desert to the green trails of Washington State, Strayed travels physically forward and mentally back in time to reexamine turbulent periods in her life that included death, divorce, drug abuse and more. Throughout her journey, she realizes how far she has come and how far she has yet to go. The book takes a close look at events that could easily defeat a person, how to manage them, and ultimately overcome them.

The Last Lecture by Randy Pausch and Jeffrey Zaslow

The Last Lecture is the recalling of a powerful moment in time. Randy Pausch, a professor of computer science at Pittsburg’s Carnegie Mellon University gave his final lesson “Really Achieving Your Childhood Dreams” to a packed room who was aware of his terminal condition at the time of it. In the lesson, Pausch examines the importance of setting goals, of monitoring one’s life, and of living in the moment. The book is co-authored by The Wall Street Journal’s Jeffrey Zaslow and is a reminder of the importance of living life to the fullest. Pausch died in 2012 but his book in an inspiration to us all.

Land of Lost Souls: My Life on the Streets by Cadillac Man

A detailed look into the lives of New York’s homeless isn’t the first thing that comes to mind when you think of inspirational books, but through his extensive journals the anonymous Cadillac Man documents how, after the deterioration of his marriage, found himself living under a bridge and what he and others did to survive. Sometimes his writings are deeply troubling, other times they reveal an incredible sense of humor and ingenuity. Ultimately, though, Cadillac Man’ story is one of hope.

Tuesdays with Morrie by Mitch Albom

This memoir is a collection of conversations between the author and his dying professor. Albom credits him with teaching him the most valuable lessons that shaped his life, but the focus of the book is the idea of what dying well and living well mean. Through heart-wrenching realizations and difficult dialog, the reader is given many chances to reflect on what it means to lead an enriching life and how to start walking that path before it’s too late.

The Achievement Habit by Bernard Roth

Bernard Roth takes no excuses as he lays out a guideline to tackling life’s complexities. Forcing readers to look at their everyday language, habits, and current endeavors, Roth advocates for a pro-active attitude. The book is meant to inspire those individuals who have been thinking of starting a project, a journey or a hobby to act. Procrastination withers away page after page, and by the end of the book, the reader should be feeling motivated and most importantly empowered. Bernard Roth has crafted a book worthy of being part of our “Inspiration Books Everyone Should Read” list.

You Are Enough by Mandy Hale

Self-appreciation is the theme of Mandy Hale’s book You Are Enough which explores love and relationships beyond the standard confines. A well-regarded author and an inspirational voice for single women everywhere, Hale sends a universal message in the book that one must first love themselves before spreading love to others. The book stands out due to its modern tinge that reflects the challenges all are facing with social media, dating apps, and more. Hale’s book is meant to show that in a world of technology and uncertainty, you are still enough.

The Power of Moments by Chip Heath and Dan Heath

The Power of Moments by Chip and Dan Heath begs readers to take a closer look at events in their lives. As far as inspirational books everyone should read though, this one falls under a modern umbrella and is quite urgent. Because today’s world has become so fast-paced, people simply don’t take the time to examine pivotal moments in their lives. The book not only explains how these moments can jolt us to success but also details how to recreate these experiences. For individuals looking for inspiration, The Power of Moments should be a top-choice.