Inspirational Books to Read for Students 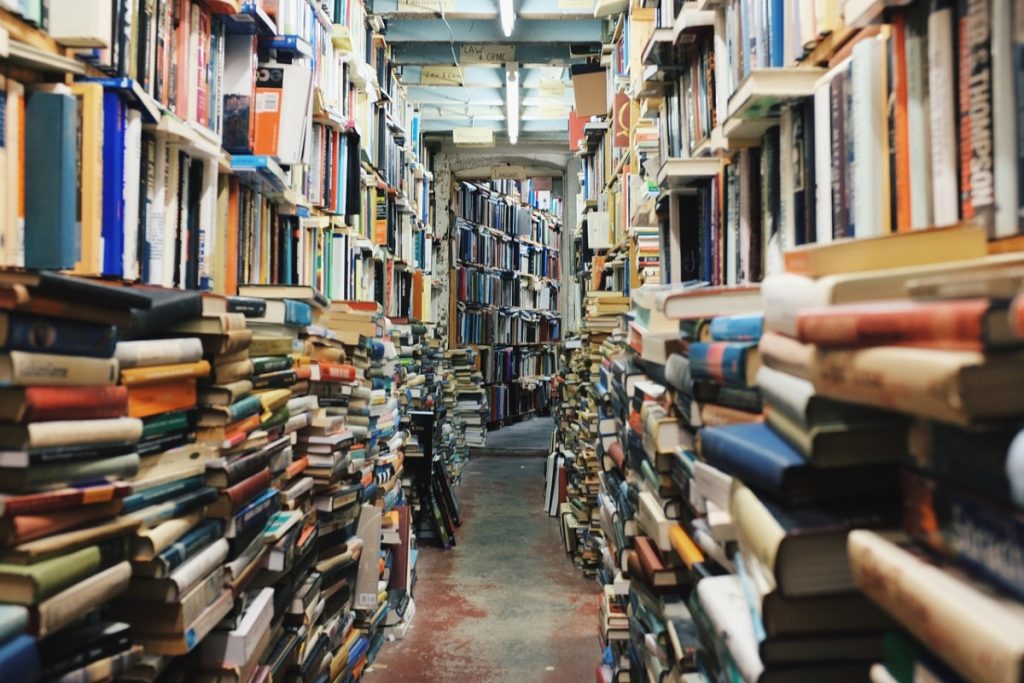 Students are often in need of some inspiration. High school and even college can slowly break students down, even if they are in love with what they’re studying. Sometimes, it’s helpful to read something inspiring. Some of these inspirational books may show up on reading lists, while others may be something a student wants to seek out on their own. Either way, these inspirational books to read for students will help remind them of why they’re in school and inspire them to succeed.

Neil Gaiman is known for a number of award-winning novels, but his nonfiction piece Make Good Art is something different. Originally a commencement address for graduates of Philadelphia’s University of the Arts, the written version of his speech will encourage and inspire anyone to make art. It doesn’t matter if you’re a writer, dancer, musician, artist, or none of the above—Gaiman’s words will inspire you to go out and make any kind of art. It’s also a great motivator if you are an artist but find yourself stuck and unable to create anything.

Life of Pi by Yann Martel

This fictional story of a boy trapped in a lifeboat with a tiger in the middle of an ocean may seem like an odd book to be on a list of inspirational books to read for students. However, Martel’s novel is more than just inspiring, it’s entertaining and something even students who aren’t readers may want to pick up. If you’re not inspired after reading how Pi Patel survives for months in the ocean, then you may not be inspired by anything.

Whatever You Are, Be a Good One by Lisa Congdon

In her book, Congdon presents a parade of wise and inspirational figures through quotes. Whether it’s a quote from a famous scientist such as Marie Curie, wisdom from historical figures such as Harriet Tubman, or even thoughts from Stephen King and others, you’re sure to find at least a few of these quotes very inspirational. This book is great if you need a little bit of inspiration every day since all you have to do is open it to a random page and read the quote.

Catching a Miracle follows Dr. Shelly White, a cancer survivor who believes she can cure the horrible disease. But Spinicelli’s story isn’t that simple—it’s not long before Dr. White is caught up in a whirlwind of events beyond her control. She finds herself working with an advertising executive in order to fight against the forces that never want cancer cured while trying to find a missing scientist. Spinicelli’s heroine will inspire readers with her determination and selflessness.

These are four great inspirational books to read for students, but there are many more out there. Whether you need something sort to read to rekindle your creative fires or a full-length novel that entertaining while also inspiring, you’ll find it among the books on this list and the many other inspirational novels out there.

This 1990 book is a classic and was widely recognized as one of the most inspirational works of all time. Expect a lot of self-realization and introspection because each word will resonate with the reader.

But the author doesn’t stop with just helping you become more self-aware. The fact that you are reading the book means that you’re making an effort to make a change in your life. There are a lot of practical tips in there that will help you take stock of your life and how you can have a more positive outlook. Remember that in life, when you sow good karma, you will also reap good karma.

The Giver by Lois Lowry

In a place where everything seems perfect, Jonas found himself face to face with The Giver, who happens to be the town’s repository of memories. As you turn the page, the seemingly perfect world begins to unravel. You pull at the string and you see this facade slowly crumbling down.

Raised to be free from pain and struggle, Jonas tries to deal with all these raw emotions that suddenly rush at him like an onslaught. In a society that puts more importance on structure and order rather than emotions, Jonas must decide for himself whether to stay in the safe confines of the illusion that the town has set for itself or stay true to himself.

The book was first published in 1970 but got a reprint due to its popularity. It’s about a seagull who just can’t fit in with the flock. Whereas the other birds fight over food (as well they should in order to survive), our seagull hero just wants to perfect the art of flying.

But the other seagulls fear change and this non-conformist is trying to threaten their way of life. There’s no choice but for Jonathan Livingston but to leave the flock. He managed to find the secret for himself and made it his life’s mission to teach the other flocks of seagulls what he learned.

The Last Lecture by Randy Pausch

For a brief context, there’s a tradition at Carnegie Mellon for professors to imagine their last lecture before finally retiring. When it was Randy Pausch’s turn, it became all too real for him considering that he was diagnosed with terminal cancer. If his last lecture was full of bitterness, the audience would have forgiven him. But he decided instead to focus on the positive aspects of life and motivate students on how they could make an imprint on the people that surround them and even beyond the four corners of the classroom.