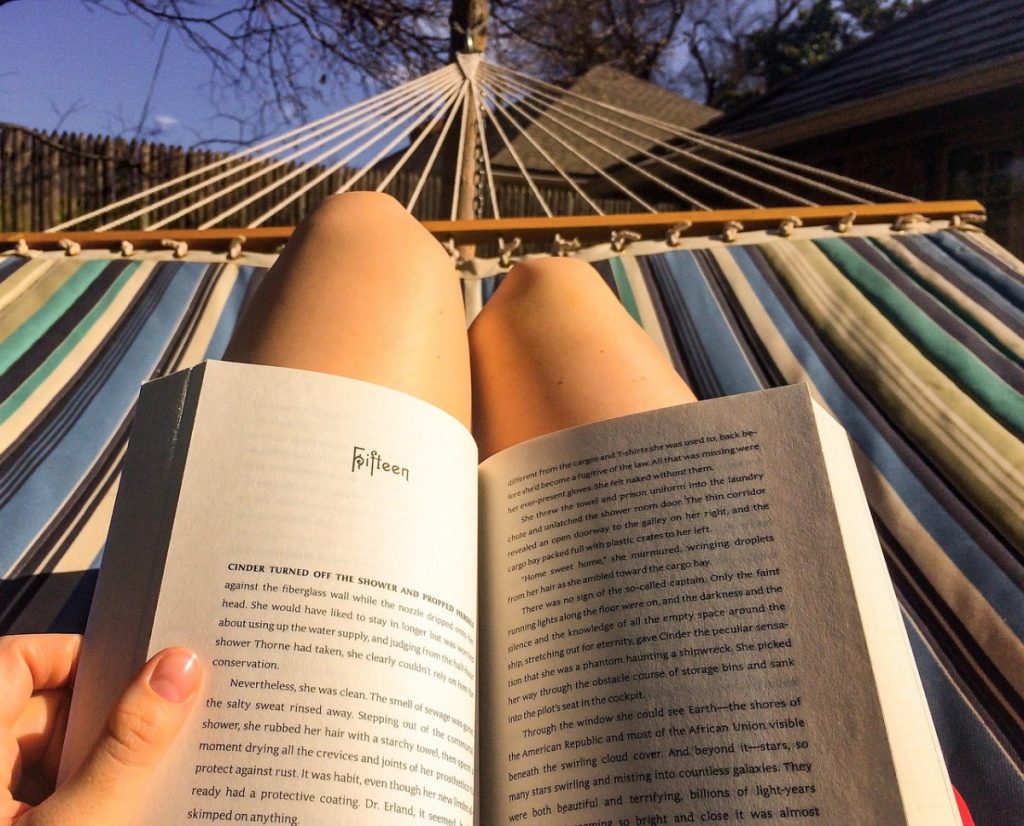 It seems that every few years or so, a new book starts a publishing phenomenon, in which a long run of similar genres follows suit, in response to an overwhelming acceptance and demand for books that will touch readers in a certain way.

For instance, after The Hunger Games came out, there was a years-long dystopia craze in literature. Fifty Shades of Grey also kicked off a long-lasting trend of novels with gray-scale covers featuring suggestive objects. Also, Gone Girl, a dark, twisted thriller by Gillian Flynn, dominated bestseller charts and set a new trend in motion, with subsequent novels including Girl on the Train by Paula Hawkins.

Over the past decade, suspense thrillers have reigned in literature. However, we live in a demanding, political era, in which readers are seeking something that will soothe them, rather than titillating them, and they want to be uplifted, rather than titillated or hanging on the edge of their seats.

Fortunately, there’s a whole new stream of books in a genre that is sure to satisfy these socially-conscious and empathetic readers: Up Lit.

What is Up Lit?

Short for “uplifting literature,” this genre focuses on “everyday heroism, human connection, and love,” according to an article in The Guardian. These aspects of being human bring people together to fight the current social climate with stories that offer quirky and courageous protagonists on journeys through fulfilling, but challenging, situations and relationships that change them for the better.
One of the most famous books in this genre is Eleanor Oliphant Is Completely Fine, by Gail Honeyman, which won several People’s Choice awards and was named Book of the Year at the British Book Awards. Other, great, but lesser-known, novels characterize this new trend as well. Matt Haig’s How to Stop Time will also go down in history as one of the first Up Lit novels, as well as The Summer of Impossible Things by Rowan Coleman and Calling Major Tom by David M. Barnett.

It’s notable, though, that Up Lit books aren’t those laden with sugary or maudlin sentimentality. Instead, these books offer up healthy doses of subtle social commentary, melancholy, and realism to keep any sappiness in check.

Ultimately, however, Up Lit consists of books that allow the reader to escape into the goodness that they know is possible in humanity. The success of Oliphant, as well as an upcoming movie adaptation, suggest that this trend will be long-lasting, despite being in its infancy.
So, it seems others are joining you in searching for a great uplifting book to read. The “grip lit” that has dominated the lit world with thrillers over the last decade is being replaced by more optimistic fiction and non-fiction, that doesn’t involve too much romance.

According to Lisa Milton, publishing director for Harper Collins’ Harlequin division, the demand for Up Lit has been increasing since 2016, with another novel called The Trouble with Goats and Sheep by Joanna Cannon, helping to jump-start this new trend as well.

We all have those times where it just seems that life is throwing everything at you. You’re stressed, nothing seems to be going well, and you just need some inspiration. One of the best ways to feel better and get a bit of a boost is by taking a look at some uplifting novels to read. Reading, in general, immerses you into a different world. Uplifting novels, however, provide a bit more inspiration. They serve as a reminder that no matter where you are in life or how bad things are going, there is good in the world. It’s possible to overcome hardships. And even if life is going well, it’s still nice to read a feel-good book! Here are several uplifting novels to pick up when you want that warm, fuzzy feeling.

Dr Shelly White overcame cancer as a child and today strive to find a cure for the disease. Despite various obstacles, she does everything she can to find a cure (even if that means tracking down a missing scientist). A truly inspirational book, Catching a Miracle is a powerful tale that shows what humans are capable of when fighting for something they believe in.

Despite his failed attempt at climbing Mount K2, Three Cups of Tea follows Greg Mortenson’s story as he ultimately changes the world. He built over 60 schools for areas where children weren’t receiving a proper education (Pakistan and Afghanistan, namely). He started this journey with a single school and expanded from there, ultimately helping improve the quality of life for countless communities.

Two women, one the owner of a beach house and one the tenant, have two completely different stories. One is quite shy while the other is in control of her life and feels confident. Throughout the duration of the summer, however, they both undergo changes and discover more about themselves than they thought possible. This story is one of change and self-discovery.

Human is a story about aliens, math equations, a dog, and much more. Most importantly, it is about the importance of emotions and relationships as the main character learns about how wonderful it is to experience love and family (as well as friendship). It takes an outsider’s look on the way humans interact and puts the “big picture” into perspective.

Uplifting: One Page at a Time

Don’t hesitate – the time to pick up one of these uplifting novels to read has arrived! These feel-good tales are sure to make you feel warm and fuzzy inside and it’s always nice to finish a book and feel some motivation. These books will teach you to love those around you, change the world, and be the best version of yourself possible. Whether you’re in need of a happy book or just like to read uplifting novels, these are all great choices.